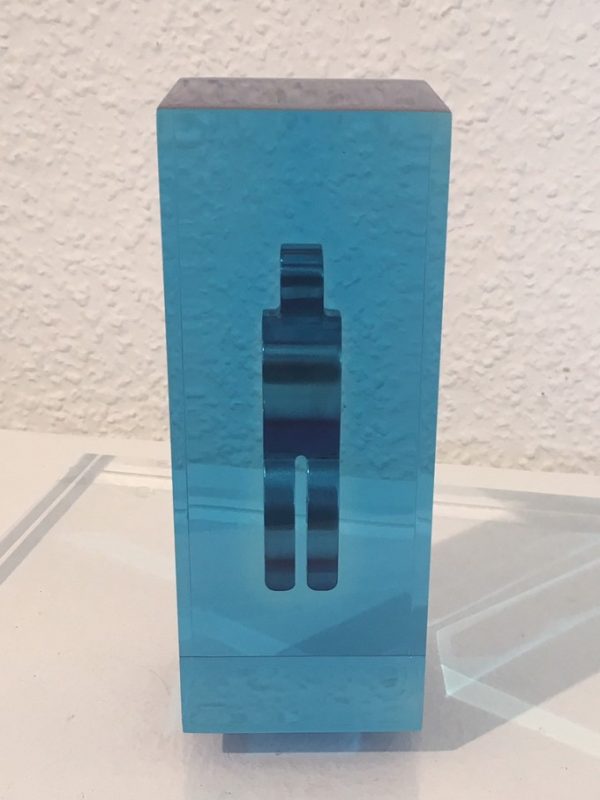 On July 21, 2019, Neil Armstrong and Buzz Aldrin were the first humans to walk on the moon, followed by millions of people on television worldwide. On this occasion, the exhibition “Zero Gravity” will run at the Munich ERES Foundation (until November 30, 2019), showing space-reflecting works from the 1960s by Andy Warhol, Robert Rauschenberg, and Sol LeWitt, as well as works by contemporary artists.

You can see that there is also art on the moon in our galleries in Brunnthal and Munich: For the 50th anniversary of the moon landing, the Belgian ZERO artist Paul Van Hoeydonck published his sculpture “Fallen Astronaut” from 1971 in a limited edition and now calls it “Man in Space”.
On August 2, 1971, the crew of the Apollo 15 placed the small aluminum sculpture in the Rima Hadley, a moondrille at the foot of the Apennine Mountains on the moon, where it is still located today. The figure represents an abstract version of the human being, representing the entire human race in its desire to shift its limits of knowledge and feasibility. To this day it is the only work of art on the moon.